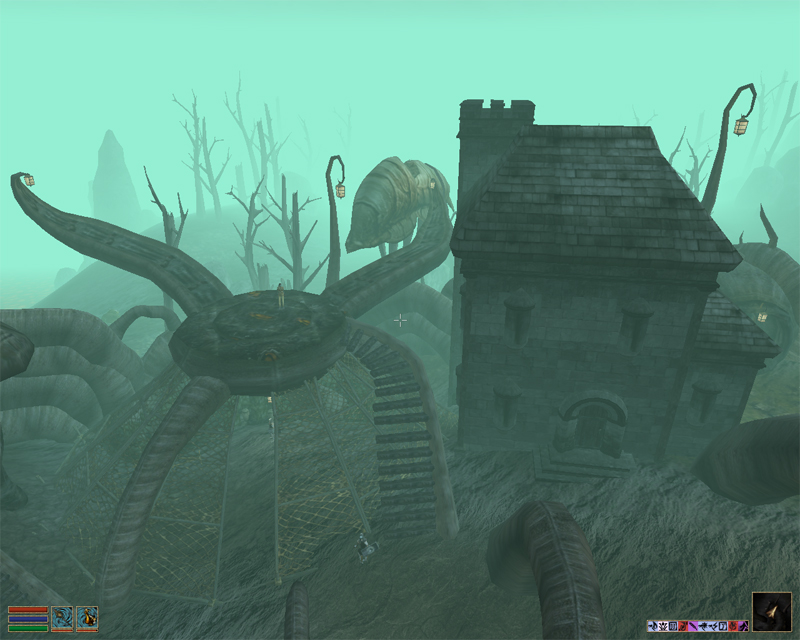 If you want to replace a different Tel Uvirith mod with Uvirith’s Legacy, make sure you move everything out of the tower and save your game in a cell not altered the mod you want to replace. Remove the mod from your data files list, reload, click through all error messages, and resave the game to make sure all old content is removed before loading the new mod. This should prevent any dirty save related problems.

Kateri’s Julan 2.0 : [MINOR] The latest version alters Ald Daedroth after Ahummessa Camp moves in, so make sure to grab the Book of Daedric Summoning from there before that point. If you’ve reached that point before loading Uvirith’s Legacy, you can still teleport into the old cell using the daedric portal.

Unique Finery 3.2: [MINOR] (and other replacers for Aryon’s gloves): If you prefer the look of Aryon’s Dominator/Helper from other mods, load them after Uvirith’s Legacy.

MGSO 3, and Dunmer Lanterns Replacer 9.0 : [MINOR] Older versions of this mod added collision to the lanterns, which makes most Telvanni towers more difficult to negotiate. MGSO 3 uses this outdated version of the Dunmer Lanterns Replacer. If you’re using MGSO 3 or any version of the lantern replacer earlier than 9.0, please upgrade. Melchior Dahrk has fixed the collision issue.