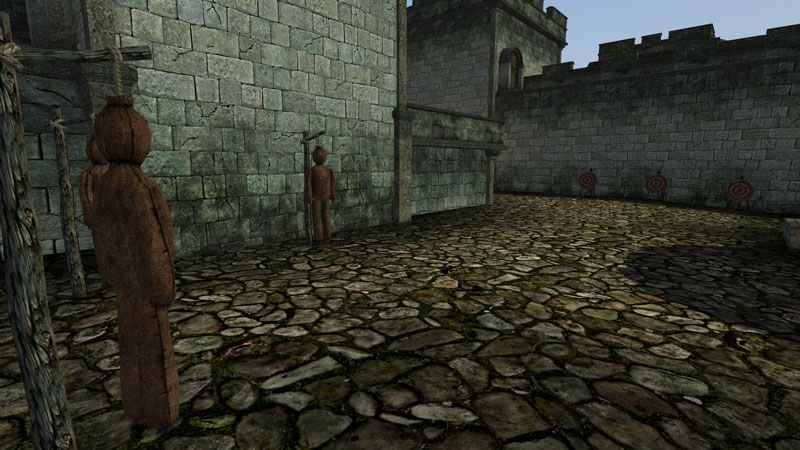 This mod adds animated targets and practice dummies to Morrowind that level with the player and break when you reduce their health to zero. Destroyed dummies will be replaced in three days. The scripting has been updated from older versions of the mod to allow unarmed combat without exploiting. Archery targets can only be hit with ranged weapons and spells. Hitting them with melee weapons or fists will break them instantly. Ammo can be retrieved from them at the same ratio as ammo retrieval from corpses. This mod does not alter that ratio.

As of version 3.0, the practice dummies have been positioned to support one-to-one replacement with the original static dummy. Upgrading will not invalidate saves or mods using older version of the dummies.