Skip to content
Home > Guide > Quests: Early on or Anytime 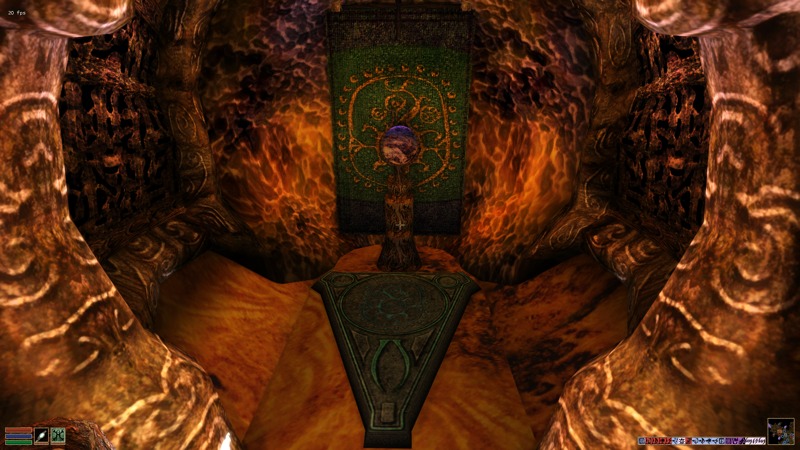 Quests: Early on or Anytime

You may have noticed these platforms (shown above) during your travels. Touch one of them, then ask any Telvanni about the “Telvanni Teleport” platforms. You’ll need a key to unlock each platform as you visit them. Once unlocked, you can teleport to them from any other platform.

Teleportation Platform Locations
Once you become an Oathman of the Telvanni, you can get the teleport key from Llunela Hleran. When you first enter the Telvanni Council House Entrance, turn right and follow the hallways all the way down until you reach a cave. This is the Telvanni Council House Hermitage, where Llunela is hanging out under a giant mushroom tree.
Telvanni Council House
From the main entrance, head left up the hallway and enter the top of the Council House Chamber. Skirt around the mezzanine to the door on the other side. The platform is in this small room.[_/su_spoiler]
Tel Aruhn
Found in the Tower Entry on the second floor, opposite the door. You’ll need to levitate or jump from the first floor to reach it from the lower level. It’s located in an alcove opposite the door on the second floor.[_/su_spoiler]
Tel Branora
Found on the Lower Tower’s top level, at the top of the levitation shaft opposite the door to the Upper Tower. The shaft entrance is on the second floor, which can only be reached by jumping or levitating.[_/su_spoiler]
Tel Mora
Found in the Lower Tower, in an alcove on the second floor at the bottom of the main levitation shaft. You have to jump or levitate from the first floor to reach the second.[_/su_spoiler]
Tel Vos
Found in Aryon’s Chambers, in the main hallway between the entrance and his quarters. You’ll have to levitate up to his manor pod floating above the Imperial towers.[_/su_spoiler]
Tel Naga
Found in the Tel Naga Upper Hall, top level, in an alcove near the top of the levitation shaft. The Upper Hall is accessible from the outside, at the top of the tower, and from the Upper Tower interior. Master Neloth keeps this platform locked, and will only allow access to Telvanni his rank or higher. However, the Telvanni Council Hall platform is close enough for it not to matter.[_/su_spoiler]
Tel Fyr
Found in a large room across the main entrance in Onyx Hall. You’ll need to ask Divayth Fyr to unlock it for you, then do his minor quest.[_/su_spoiler]
Arvs-Drelen
This one is not available until you complete Master Aryon’s quest regarding Baladas Demnevanni, part of the main Telvanni quest in the original game. This platform also has limited teleportation options, since Baladas is fond of his privacy. Once this platform appears in the summoning room in Arvs-Drelen, you’ll have to ask Baladas to unlock it for you. There’s no further requirement.[_/su_spoiler]
Tel Uvirith
Found in the Upper Tower on the second floor of the levitation shaft, so it’s not available until the Upper Tower is built.[_/su_spoiler]
Divayth Fyr’s Teleportation Platform Quest
If you ask him about the “Telvanni Teleport,” Divayth Fyr will ask you to retrieve a Dwemer Puzzle Box from someone in his Corprusarium. This is a simple test on which Divayth Fyr will judge your character. The qualities he’s looking for are bravery, compassion (entering the Corprusarium and leaving the corprus beasts alone), curiosity, and honesty.
Head down to the Corprusarium
Head back to the Onyx Hall and continue down the opposite hallway. Once you get down to the bottom, take your first door on the right. The Corprusarium door is at the opposite end of the room.

You’ll find Yagrum Bagarn. Ask him about the Dwemer Puzzle Box, and he’ll give you one. Then head back up (make sure you take the second right from Yagrum’s area, not the first).
[_/su_spoiler]

Give the box to Divayth Fyr
If you didn’t try to open it, he’ll be somewhat disappointed at your lack of curiosity, but you have another chance. Drop the box onto your character in the inventory menu. Click open the box using a combination of four different options. If you make a mistake, the box will reset and you’ll have to start over, but it’s simple enough to solve through the process of elimination.
[_/su_spoiler]
Box Puzzle Order
[_/su_spoiler]
Satisfying Divayth Fyr for Dummies
Talk to him again about the box. If you give him the note, he’ll unlock the teleportation platform for you.
[_/su_spoiler]

Requirements: Acquiring a Mouth in the Council

The Books of Daedric Summoning are rumored to be a practical joke by Sheogorath, because when picked up or read they summon an angry daedra to attack the invoker. You’ll find them in compete volumes and as pages scattered across Vvardenfell. Each complete volume summons a specific set, or level, of random lesser daedra. Each page only summons one type. There is a series of quests to obtain some of the books, or otherwise fetch them for other uses, but for the most part they must be sought without aid.

Note: Though the quests require Telvanni membership, most books can be found by any player. In the next Uvirith’s Legacy update, I intend to make them all available to non-Telvannni players. Also, it seems the Unofficial Morrowind Patch altered Eddie’s dialogue so he can only do chores once you become a Master of House Telvanni, and this technically means you need to have your first stronghold build started.

Eddie’s Results
Fast Eddie will fail, but he’ll tell you where it’s hidden so you can get it yourself. The book page is located in the Tel Naga Upper Tower, behind a locked door in his alchemy room (the closest door from his audience room).
The First Book of Daedric Summoning
Fast Eddie mentions there’s a complete volume somewhere in the Corprusarium. If Divayth Fyr likes you enough, he’ll give you a hint, but you’ll still need to delve into the Corprusarium to get it.

To get to the Corprusarium, as you enter the Onyx Hall from outside, turn left and head down to the lower level. Once there, take the first right and enter the Corprusarium from the door on the other side of the room. If you’re having trouble, all page locations are listed inside the nested locations spoiler.

Gavyn’s Chore
After Eddie mentions them, you can send your apprentice to recover one of the book pages. Your apprentice needs to be waiting in your tower, not traveling with you, to access this option.

After investigating the first Book of Daedric Summoning, Eddie will inform you that Mistress Dratha has an interest in them. If you head to Tel Mora and ask her about it, she’ll ask you to find the page that summons clannfear for her experiments. She can’t tell you where to find one however.

As you wander around Vvardenfell, you’ll be able to ask a few people about “clannfear.” Perhaps a rogue wizard has gotten a hold of the page and is using it to terrorize the locals. From their reports of sightings, you can begin to make out where this page is hidden. If you’re having trouble, all page locations are listed inside the nested locations spoiler.

Dratha’s Reward
Dratha will give you a meager reward for retrieving the page for her, but you’ll be able to get it back if you do another quest for her later.

After finding the page for Dratha, Eddie will inform you that Mistress Therana has gotten hold of the page of Summon Scamp, and has unleashed an army of scamps on the tower (only if she’s still alive however). It’s up to you to save the denizens of Tel Branora from her madness, or just go there to watch and have a good laugh.

Stopping Therana
This quest is so easy, you barely even need a spoiler. Just go talk to Therana about it.

Requirements: None (you don’t even have to be Telvanni)

If you’re wandering near Tel Mora, you may hear a cry for help. There’s no one there, but it seems to be coming from the rocks. Examine the rocks, and you might find one shuffling about. Talk to the rock.

Helping the Talking Rock
He claims he was changed into a rock by Mistress Dratha. If you have Dratha’s rock wand, you can change him back. If not, you’ll have to find another way to help him.
Potion Ingredients
[_/su_spoiler]

Head back to the talking rock and give him the loaf of bread. If you offer it to him, he’ll think you’re crazy, so just drop it on the ground in front of him. The rock will eat the loaf of bread, and then he’ll no longer be a rock.